I usually don’t post anything political, but this video is fantastic!

NEW VIDEO: “Opening a Country with a Closed Mind”

Coronavirus & Darwin Team Up to Teach America a Science Lesson. 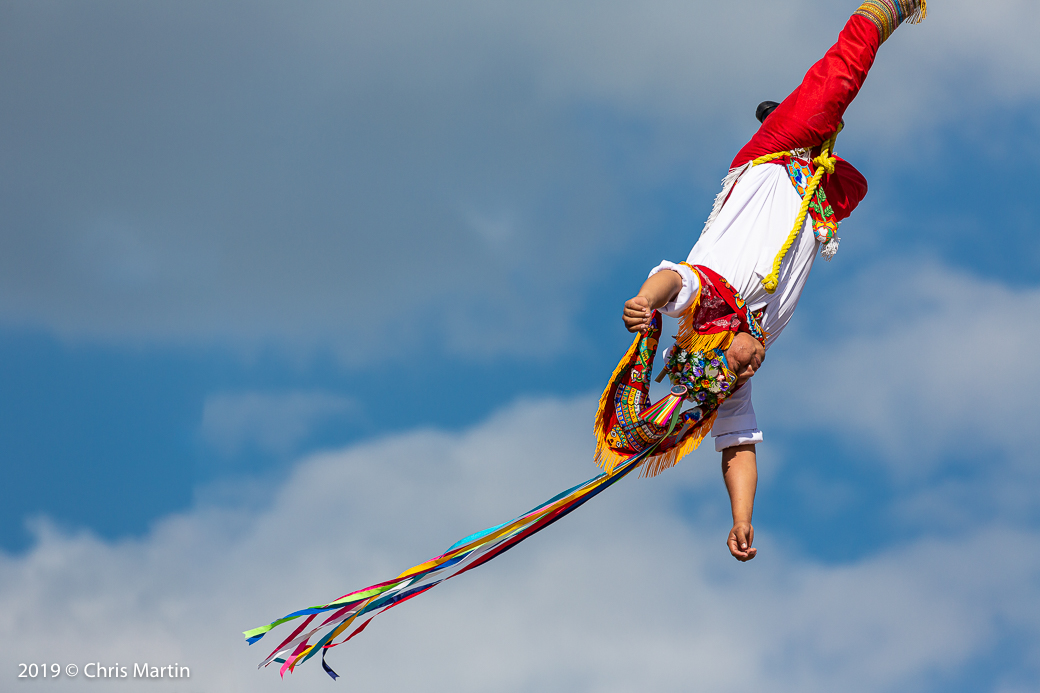 This weekend is La Alborada in San Miguel de Allende. The festivities began with a performance from the Papantla flying acrobats. They climb a 50-foot pole and then spin down to the ground on ropes while one guy sits on top playing a flute and banging his little drum. It’s really fun to watch. Most of the flyers are about 3-feet tall 🙂

We were told that there would be fireworks later in the evening, but they never happened so I got a nice shot of one of the church domes at night. 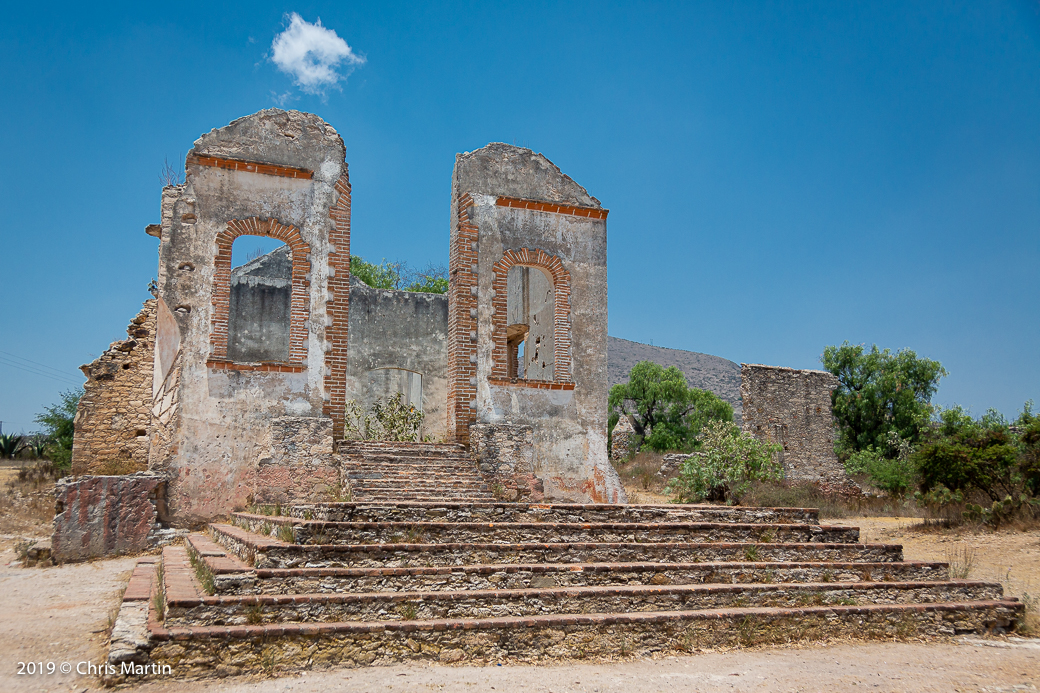 Yesterday, we visited Mineral de Pozos. It’s a quaint little town about 45 minutes from San Miguel de Allende. We had lunch at the Hotel Posada de las Minas which is a beautiful boutique hotel in the heart of the city. While having lunch we met a very nice gentleman named Alex who agreed to take us to one of the old mines on the edge of town. We visited the Mina de Triangulo hacienda where they used to mine gold, silver, mercury and several other minerals. Alex was very knowledgeable about the mine and told us that at one point over 7,000 miners were killed when one of the mines flooded. It’s a fascinating place and we hope to return to see more. Here are a few photos from our day trip. Enjoy! 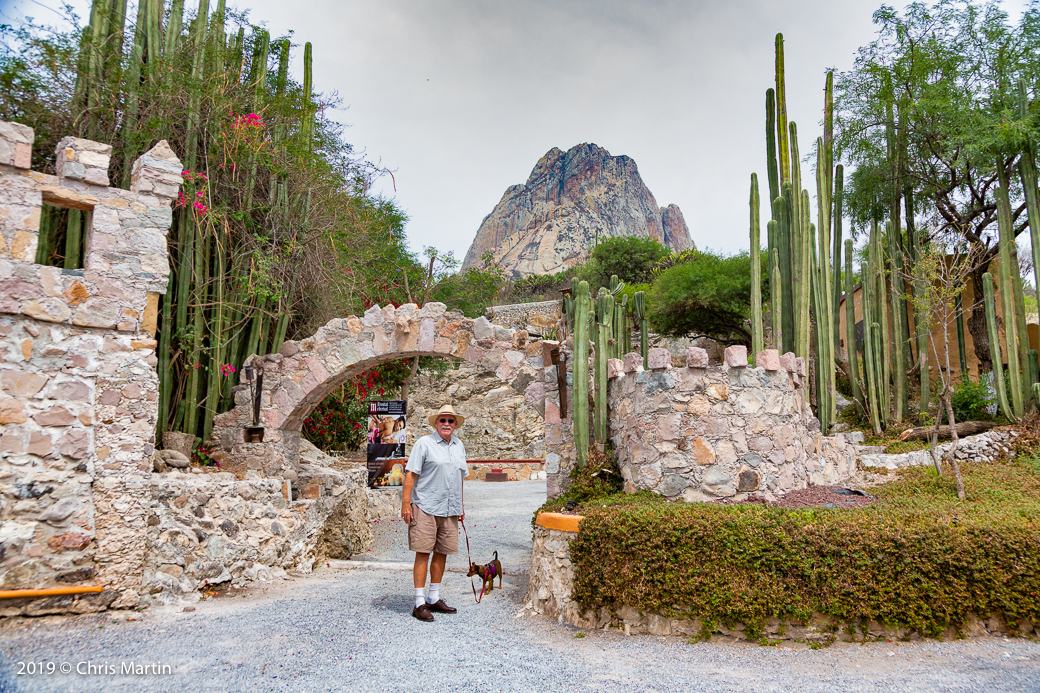 I had to take the Harley in for a service so Bill (with Juliet) and I decided to add a road trip to Bernal. What a wonderful little town! Lots of shops and restaurants in the central part of the town and it was very easy to get to. You can definitely park you car and walk around the whole town. We had some great tacos for lunch and did some sightseeing.

The town’s claim-to-fame is an enormous monolith that overlooks the town and is called the La Peña de Bernal. We were told it is the 3rd largest monolith in the world. Beautiful! 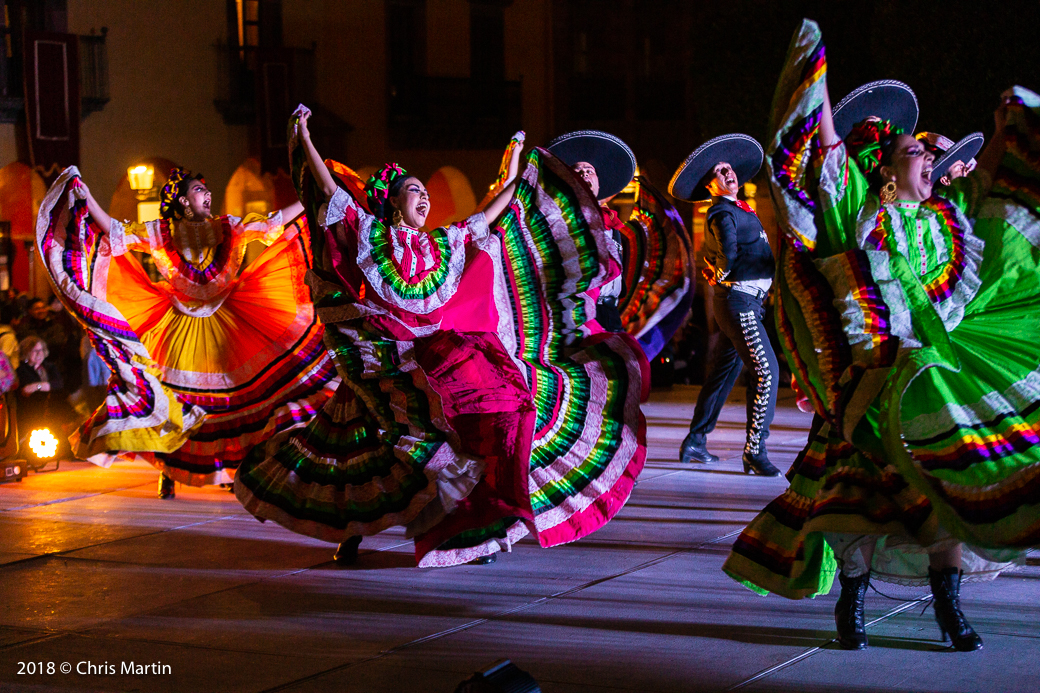 Last night Bill and I went to the El Jardin to watch the Folkloria Dancers. They were absolutely incredible! Here are a few of my favorite photos from the evening. Enjoy! 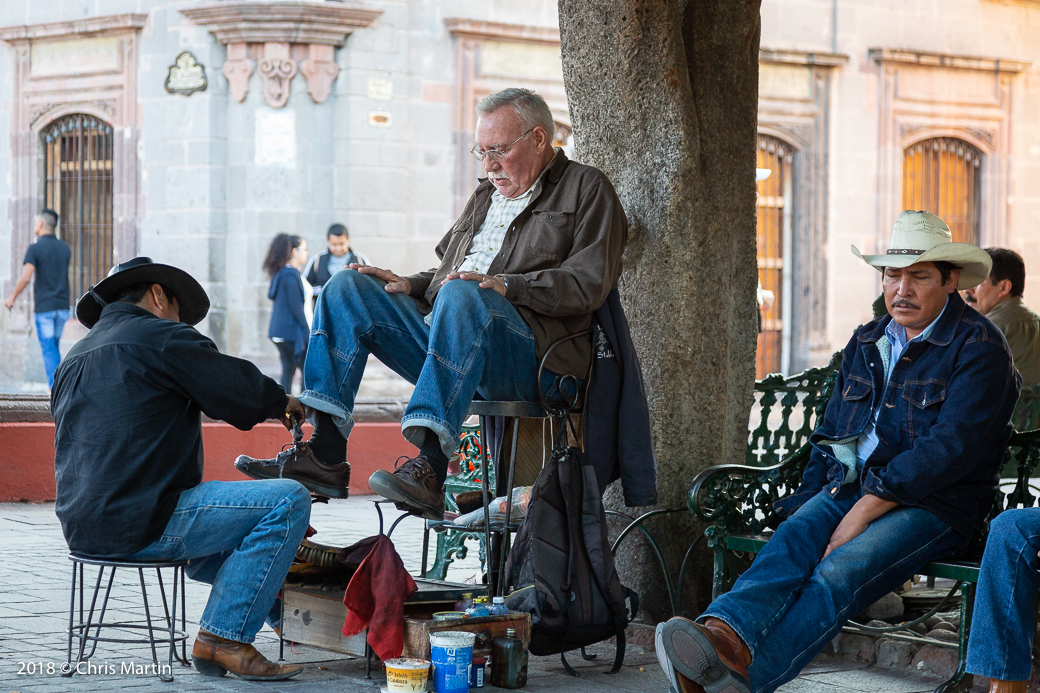 Just another typical day in San Miguel… We like to walk up the El Jardin, Bill decides to get a shine for 20 pesos ($1 US) while I take photos of the street vendors. Then it’s off to grab a bit to eat at Quince rooftop restaurant which has a beautiful unobstructed of the Parroquia de San MIguel Arcángel. Leaving Quince, I couldn’t help notice the very large chandelier hanging in the entrance. Enjoy!